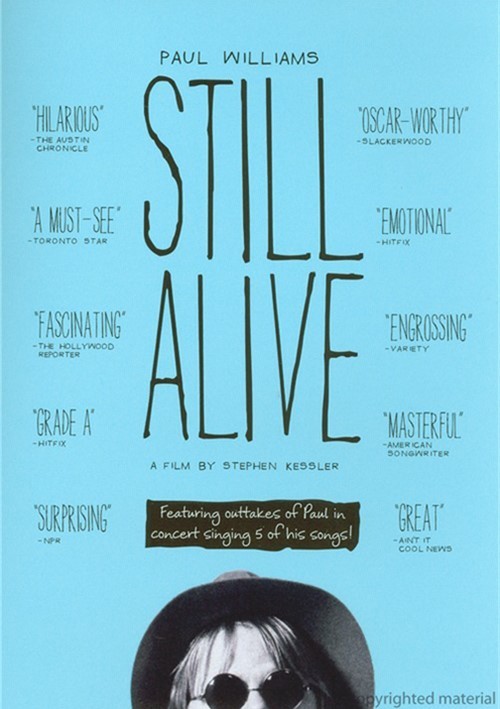 He has won Grammys and an Academy Award; wrote many #1 songs; starred in a Brian DePalma movie; put out his own hit records and albums; was a guest on The Tonight Show fifty times; and is the president of ASCAP...and you might not have heard of him.

In the 1970's, Paul Williams was the singer/actor/songwriter that emotional, alienated teenage boys all over the world wanted to be, a sex symbol before MTV, when sex symbols could be 5'2" and sing songs about loneliness with the Muppets.