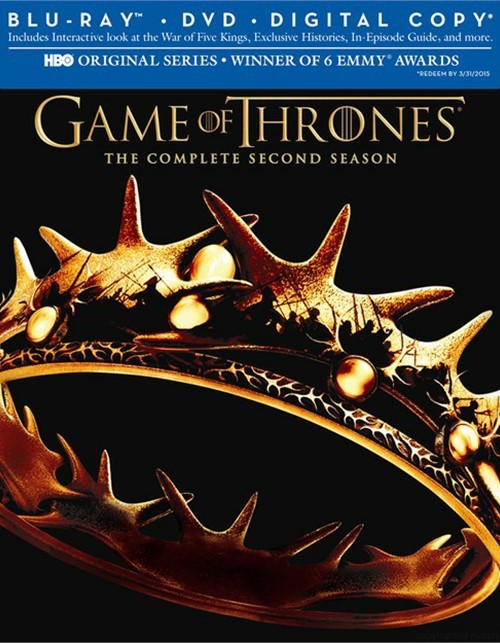 In the second season of the epic HBO original series Game Of Thrones, kings from across the fictional continent of Westeros vie for the Iron Throne. As winter approaches, the cruel young Joffrey sits upon the Throne in King's Landing, counseled by his conniving mother Cersci and his uncle Tyrion, who has been appointed the new Hand of the King. But the Lannister hold on power is under assault on many fronts, with two Baratheons donning crowns, and Robb Stark fighting as the King in the North. In the meantime, a new leader is rising among the wildlings north of the Wall, adding new perils for Jon Snow and the Night's Watch, while Daenerys Targaryen looks to shore up her depleted power in the East with her three newborn dragons. With tensions and treaties, animosity and alliances, Season Two is a thrilling journey through a riveting and unforgettable landscape. Based on the bestselling book series by George R.R. Martin, Game Of Thrones is a story of duplicity and treachery, nobility and honor, conquest and triumph.