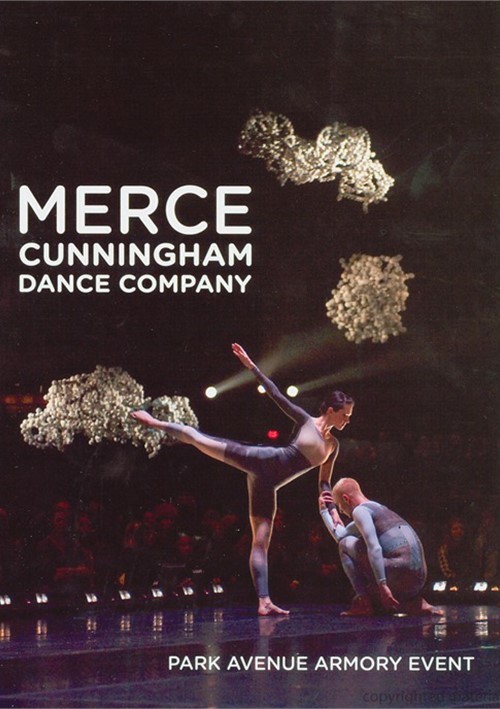 On December 29, 30 and 31, 2011, the Merce Cunningham Dance Company returned to New York City- its home since it was founded in 1953 - to present six valedictory performances at the Park Avenue Armory before disbanding. Performed across three stages spanning the Armory's soaring drill hall, the Park Avenue Armory Event marked the conclusion of the Company's Legacy Tour and the culmination of nearly 60 years of cross-disciplinary innovation.

Throughout its history, the Merce Cunningham Dance Company mounted over 800 of these signature site-specific Events in unusual locations around the world. Events, as Merce Cunningham described them, "consist of complete dances, excerpts of dances from the repertory, and often new sequences for the particular performance and place, with the possibility of several separate activities happening at the same time to allow not so much an evening of dance as the experience of dance."

This three-DVD set was designed to give viewers the opportunity to create their own- and completeexperience to witness MCDC's historic final performances. For the first time, uncut shots from each of the three stages show the full performance from every perspective with notes detailing the dances performed (disc two) alongside a beautifully edited film of the final performances captured in a fourteencamera shoot by two film crews (disc one). As an added bonus, a DVD with recent and archival excerpts from each of the repertory works featured on the Legacy Tour is included to illustrate the full spectrum of Cunningham's artistic legacy (disc three). The DVDs are accompanied by an illustrated essay by noted curator and critic Douglas Crimp.