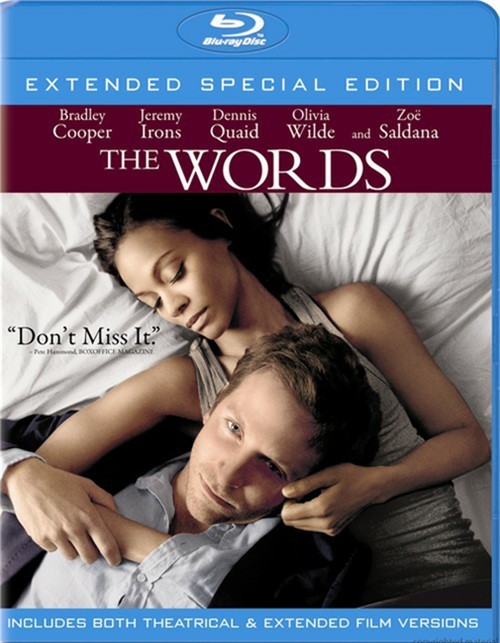 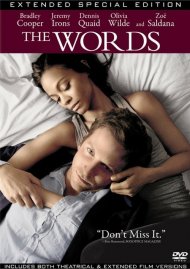 "There's more than one way to take a life..." and there are no truer words. Rory Jansen (Bradley Cooper) has achieved his every goal: a loving wife, critical success and a best-selling novel. The only problem, he's risked everything he values because his success is not entirely his own. Now, as his conscience starts to haunt him and his past wrongs are revealed, he uncovers the steep price that must be paid, throwing his whole world and relationship into jeopardy. The consequences may just affect the legacy of himself as well as those closest to him. Jeremy Irons, Dennis Quaid, Olivia Wilde, Ben Barns and Zoe Saldana star in this romantic thriller that keeps you guessing until the very end.

Extended Special Editions
Unabridged: A Look Behind The Scenes of The Words
A Gentleman's Agreement: A Look At How Bradley Cooper And The Filmmakers Found The Words
Clay And Daniella and The Young man and Celia: In-Depth Character Profiles

Reviews for "Words, The (Blu-ray + UltraVio"