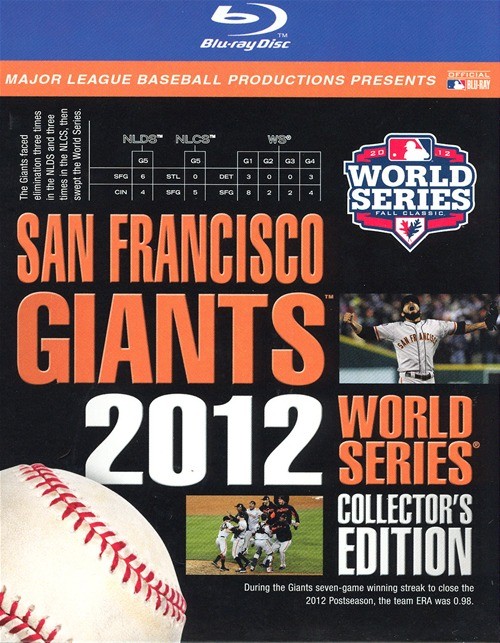 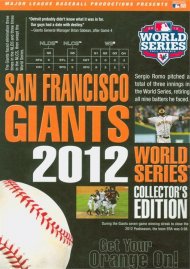 The San Francisco Giants 2012 World Series Collector's Edition Blu-ray set features all four game of the Fall Classic, two remarkable games from the postseason, and one picture-perfect game from this special season. Included in this comprehensive set is the clincher over the Cincinnati Reds, Barry Zito's series-changing win against St. Louis, and a remarkable piece of San Francisco history: Matt Cain's remarkable perfect game, the first ever in the history of the Giants.

This Blu-ray collection includes every awesome moment of the 2012 Fall Classic - all in stunning high definition - plus three more thrilling Giants victories.