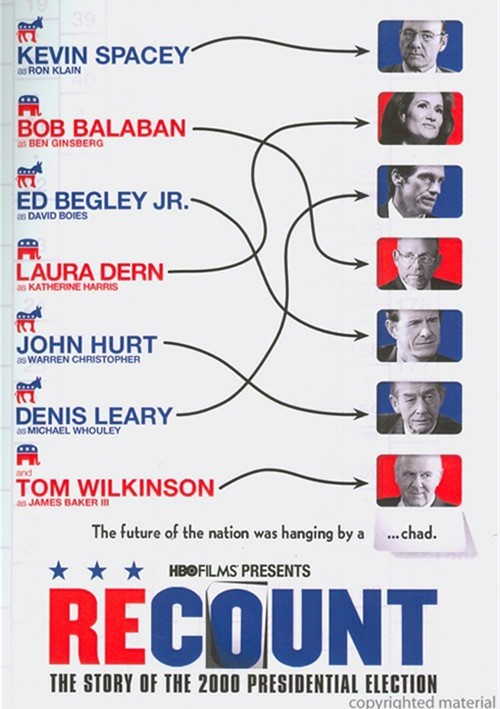 Beginning On Election Day 2000 and culminating with the Supreme Court decision in Bush vs. Gore, Recount from HBO Films follows the bizarre 36-day struggle to determine which candidate won Florida... and the presidency. While the nation holds its breath, the Republicans, led by charismatic Texan James Baker (Oscar nominee Tom Wilkinson, Michael Clayton), battle the Democrats, headed up by Ron Klain (two-time Oscar winner Kevin Spacey, American Beauty), Gore's former chief of staff, in a series of escalating protests, lawsuits, appeals and partisan infighting. The colorful cast of real-life characters includes Florida's Secretary of State Katherine Harris (Oscar nominee Laura Dern, Rambling Rose), known to millions of Americans as much for her makeup as for her role in determining the winner. The result is an illuminating, entertaining look at the stranger-than-fiction story of the closest race in presidential history.