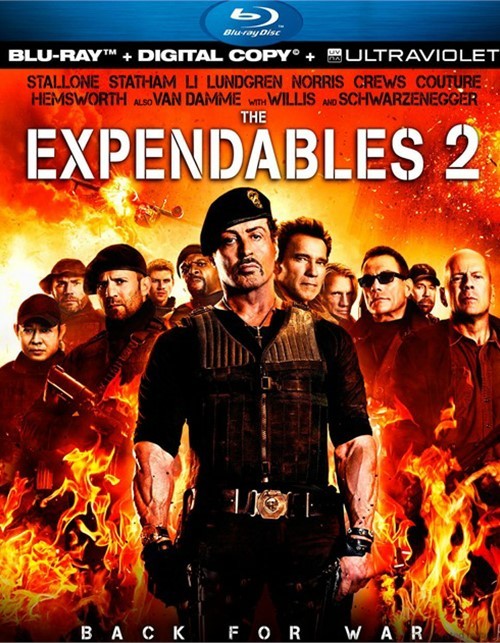 The Expendables are back in a sequel that J. Rentilly of MensHealth.com calls "a high-octane adventure with non-stop action!" The team signs on for a mission that looks like an easy paycheck for Barney and his band of old-school mercenaries. But things quickly go wrong, and one of their own is killed by a psychotic terrorist-for-hire. Hell-bent on payback, they cut a swath of destruction through enemy territory and wreak havoc upon their opponents. In the midst of the mayhem, they must also shut down an unexpected threat in the nick of time - preventing five tons of weapons-grade plutonium from falling into the wrong hands.

Audio Commentary With The Director
God Of War: Assembling Earth's Mightiest Antiheroes
Big Guns, Bigger Heroes: The 1980s and the Rise Of The Action Film
On The Assault: The Real Life Weaponry of The Expendables
Guns For Hire: The Real Expendables
Deleted Scenes
Gag Reel