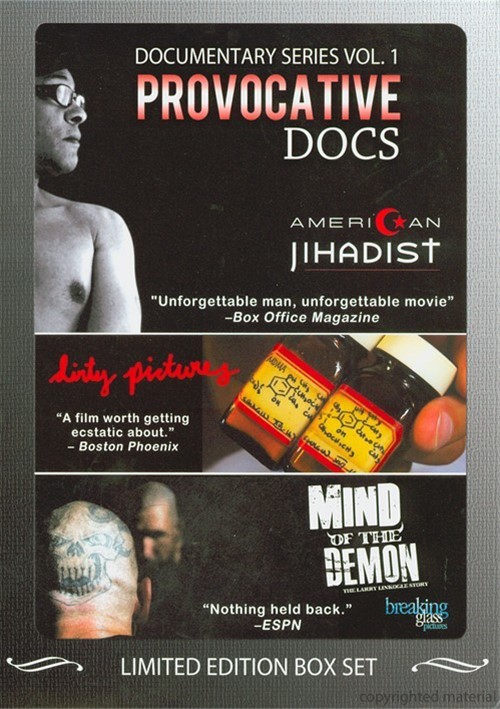 American soldier. Family man. Jihadist. Isa Abdullah Ali has many identities, but in the beginning, he was a bullied young boy growing up in America's capital. At fifteen he joined the American army, and as a young man he converted to Islam and fought alongside the Amal militia and Hezbollah in Lebanon. He claims to have killed more than 150 people in the fight to defend his faith. This acclaimed film delves into Isa's past and explore the psyche of a man who embodies extreme contradictions.

Alexander "Sasha" Shulgin is the scientist behind more than 200 psychedelic compounds - including MDMA, more commonly known as Ecstasy. Considered to be one of the greatest chemists of the 20th century, Shash'a vast array of discoveries have had a propound impact in the field of psychedelic research, making him a subject of fascination and controversy among fellow scientists and a folk hero to recreational users of mind-altering drugs.

Mind Of The Demon

In the 1990s, infamous dirt bike rider Larry Linkogle began a revolution. Fed up with the elitist culture of motocross racing, he along with his friends set out to create a new sport. The high stakes, often death-defying world of freestyle motocross was born and took fans of extreme sports by storm. Though Linkogle rose to legendary status with his record-breaking stunts and rock-and-roll lifestyle, his inner demons and self-destructive behavior eventually led to his demise.

Reviews for "Documentary Series Volume One:"