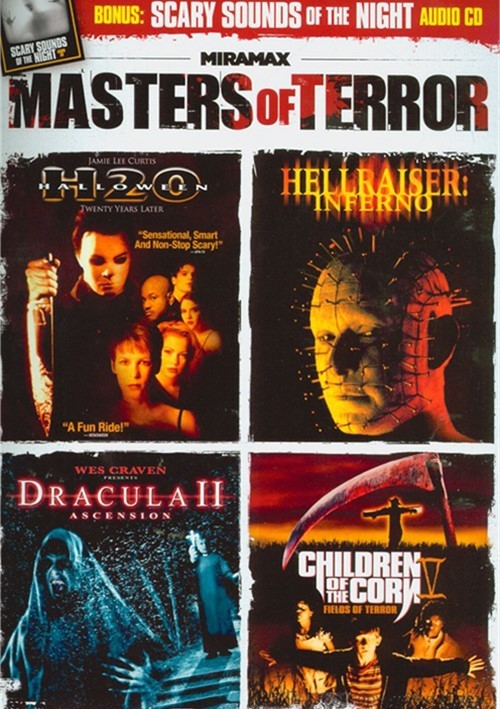 Now the headmistress of a private school, Laurie Strode (Jamie Lee Curtis) is still struggling with the horrifying 20-year-old memories of the maniacal killer Michael Myers. . . when he suddenly reappears with a vengeance. Laurie's rebellious son, his girlfriend, and the school security guard will become Michael's newest victims unless Laurie can conquer her greatest fears and put evil in its place once and for all.

A shady L.A. detective finds himself lost in a nightmarish world of evil when he solves the mysterious puzzle box that releases the diabolical demon, Pinhead. As those around him begin to meet tragic fates, he sets out to conquer the horrifying Pinhead and escape eternal Hell.

This sequel to Wes Craven's Dracula 2000 begins as a group of medical students discover the body of the infamous count. Soon, the students find themselves in the middle of a bizarre and dangerous conflict when a shadowy figure offers them $30 million for the body so that he may harvest his blood.

Children of the Corn V: Fields Of Terror

Six college students take a wrong turn and find themselves lost in a strangely deserted rural town. . . only to discover that his deceptively quiet places hides a murderous cult of children controlled by evil f-rces. yet even as bodies begin cropping up all around them, the young friends decide to stay and rescue the children. . .or die trying.

Reviews for "Masters Of Terror"