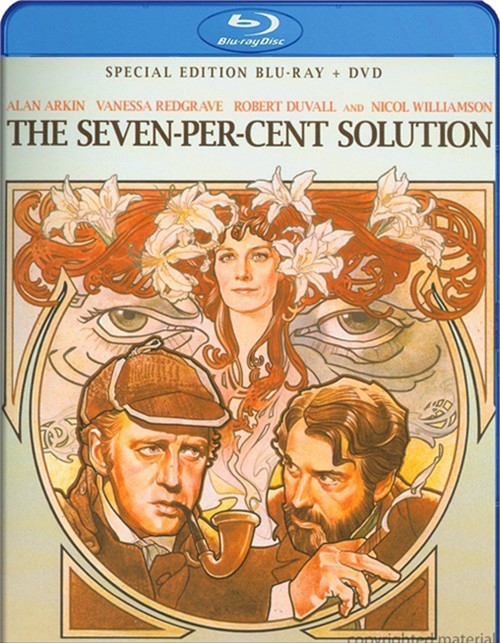 Get ready for a mystery adventure like no other when Sherlock Holmes meets Sigmund Freud in The Seven-Per-Cent Solution. The world's two greatest masters in the art of detection, Sherlock Holmes (Nicol Williamson) and Sigmund Freud (Alan Arkin), join f-rces for the first time with the persistence of Dr. Watson (Robert Duvall), which leads to a thrilling investigation into a kidnapping case. With a superb supporting cast including Academy Award winners Laurence Olivier and Vanessa Redgrave, this refreshingly amusing take on Sherlock Holmes is an ingenious tale of detection, addiction and abduction.

Reviews for "Seven-Per-Cent Solution, The ("