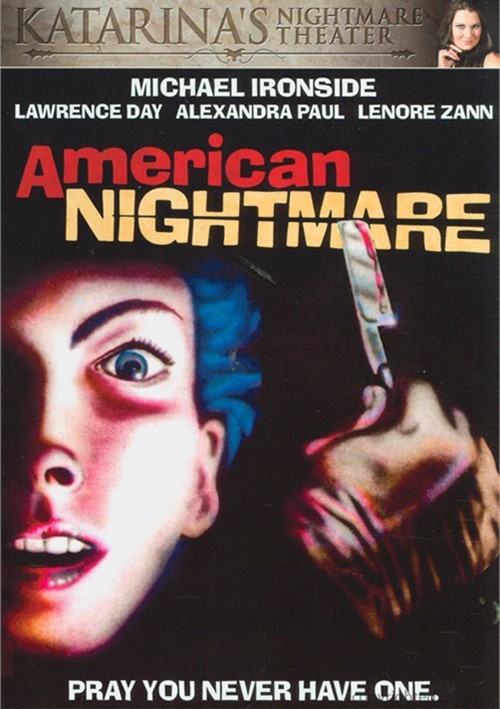 Pray you never have one.

Every year, girls move to the big city determined to make their dreams come true...or they die trying. This is a brutally realistic depiction of the underbelly of urban degradation. Played out against the garish background of striptease, pornography, drug peddling, and prostitution, it is the grim story of a young man's search for his sister. In the process of his search, he unearths the brutal truth surrounding a young girl's death, and also lifts the lid off of the American Nightmare! Starring Michael Ironside (Scanners, Total Recall), Alexandra Paul (Baywatch, Christine), and Lenore Zahn (Happy Birthday To Me, Visiting Hours), and produced by Paul Lynch (Humongous, Prom Night).