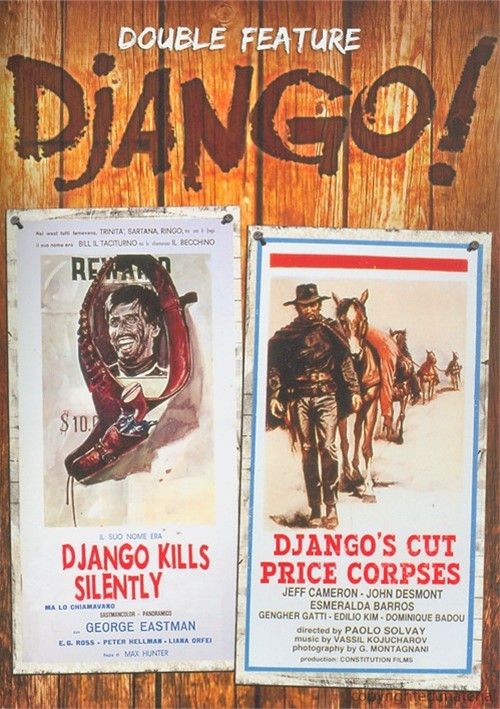 Before there was Django Unchained, the Spaghetti Western world was rocked by the Django film franchise. This collection includes two of the most riveting Django films on DVD in one collection!

A small caravan of colonists are fighting off an attack by a band of Mexican outlaws when a young cowboy named Django (George Eastman) happens to come to their aid. After saving a young woman, Liana, they travel together to Santa Anna to find the outlaws and avenge her husband's death!

Bounty hunter Django (Jeff Cameron) is hot on the trail of infamous bank robbers, the Cortez Brothers. But he's not alone. Fulton is sent by the bank to get the money back, Pickwick is after his stolen saddle and saloon owners Pedro and Dolores would also like to get their hands on the loot!