Time Of The Wolf / Legend Of Wolf Mountain (Double Feature) 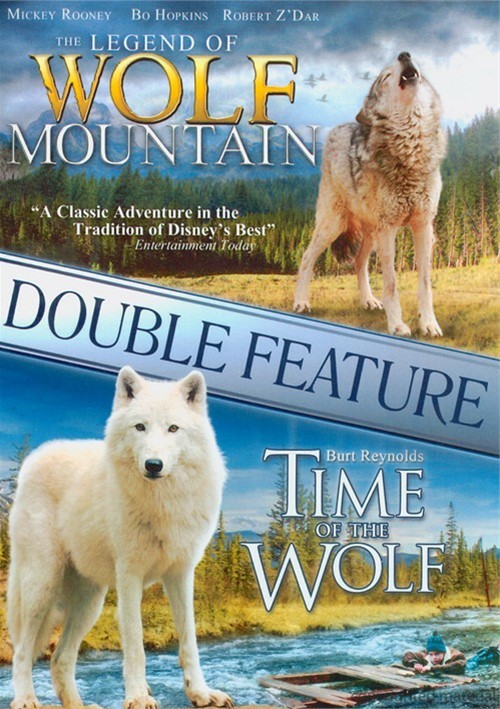 Time Of The Wolf / Legend Of Wolf Mountain (Double Feature)

The Legend Of Wolf Mountain

Kerrie, Casey and John have gotten themselves into a bit of trouble. First, they were sent home from school for misbehaving, then, to top it off, they were accidentally kidnapped by a pair of ex-con carjackers! After their captors ditch them in the wilds of Wolf Mountain Park, the trio is left stranded while Ranger Haynes (Bo Hopkins), Kerrie's father, leads a manhunt. If the kids want to make it out safely, they'll have to put their faith in the legend of a magnificent wolf spirit... a spirit that can protect them and guide them home.

Time Of The Wolf

When Aaron loses his parents, the only family he has left are his estranged aunt and uncle (Burt Reynolds), who are reluctant to take the young boy in. But with no other options, Aaron moves into their farm house, nestled in the sprawling wilderness, and begins a new life. Aaron finds much comfort in exploring the nature around him and becomes even more intrigued when he spots a white wolf patrolling the nearby ridge. When he witnesses a hunter wound the majestic animal, Aaron reaches out to the wolf and creates a bond that will become very important to protecting both of their lives.

Review "Time Of The Wolf / Legend Of W"

Reviews for "Time Of The Wolf / Legend Of W"