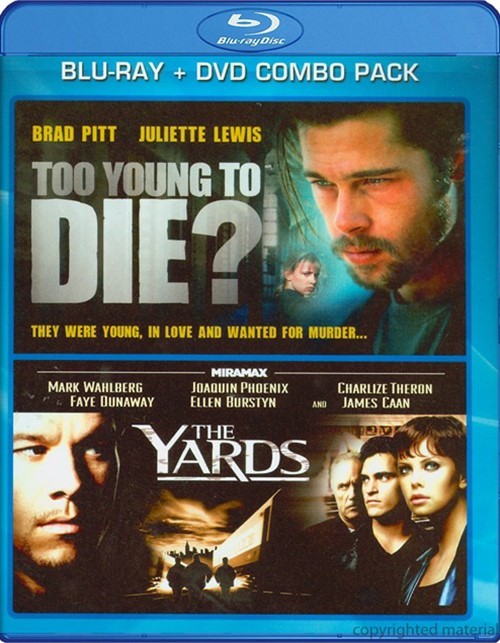 Too Young To Die?

Life at home is rough for 15-year-old Amanda Sue Bradley (Juliette Lewis). Between the sexual abuse from her stepfather and the lack of support from her mother, she doesn't have anyone to turn to. When they leave her to fend for herself, Amanda begins a downward spiral that is instigated by the lowlife Billy Canton (Brad Pitt). Before she knows it, Amanda is charged with murder - and facing the death penalty.

Released from prison after taking the fall for a group of his friends, Leo Handler (Mark Wahlberg) just wants to get his life back on track. But when he takes a job with his powerfully influential Uncle Frank (James Caan) and reconnects with his old friend Willie (Jaoquin Phoenix), Leo finds himself unwittingly drawn into a world of sabotage, high-stakes payoffs and even murder. Then, he discovers a secret that makes him the target of the city's most ruthless family - his own.

Reviews for "Too Young To Die / The Yards: "