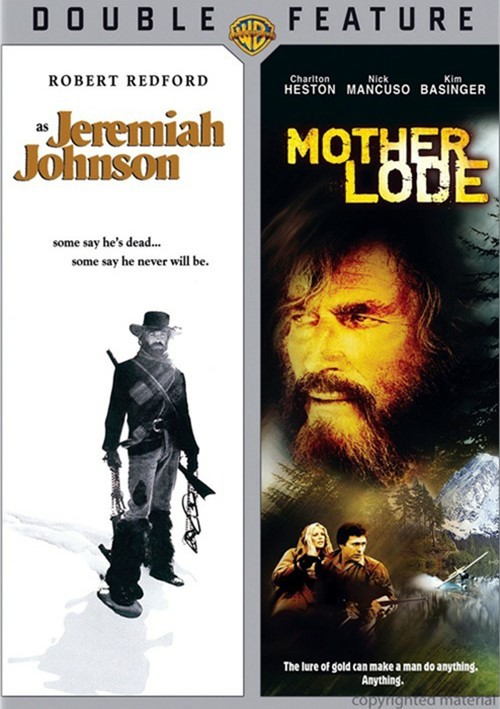 "Glorious to look at and ruggedly acted by its star" (Clive Hirschhorn, The Warner Bros. Story), Jeremiah Johnson teams Robert Redford and director Sydney Pollack for the second of their six films together. Shot entirely in Utah, the film gets "back to nature" in a way no film ever has before or since. In Mother Lode, Charlton Heston directs from a script by Frasier Heston and plays the double roles of mad recluse Silas McGee and his even stranger twin Ian in this gritty survivalist adventure. Nick Mancuso and Kim Basinger, in one of her earlier film roles, play the duo who end up in McGee's world after their aircraft develops engine trouble...and who find much greater trouble they begin to suspect his claim could hold a fortune.

Mother Lode
Behind The Scenes With Filmmaker Frasier C. Heston