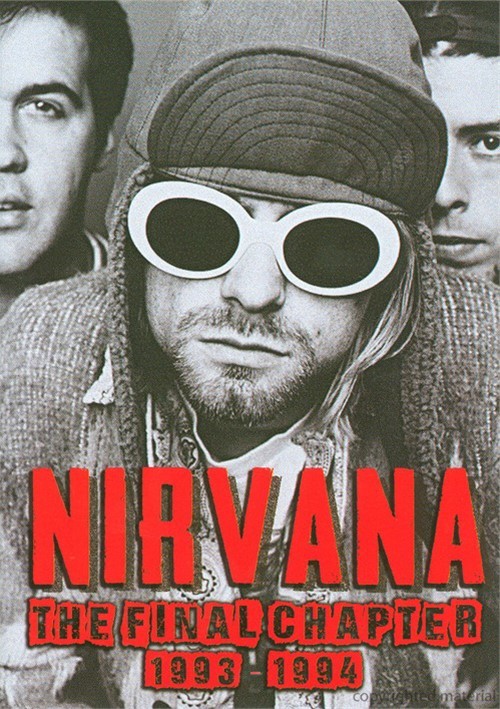 Although their sophomore album, 1989's "Nevermind", will - with some justification - always be the record Nirvana are championed for most regularly, it's quite disturbing follow up, '93's "In Utero", is still the favorite for a lot of fans. As well as containing many of Kurt Cobain's strongest songs, this alarming but strangely satisfying set will of course forever remain Nirvana's swansong, and in so doing it becomes most strongly attached to its composer's darkest hour.

This film traces the recording, release, promotion and aftermath of "In Utero" and with the assistance of rare footage, exclusive interviews, contributions from those close to the band during this time and, crucially, the music itself, tells the story of Nirvana's phase two - a phase which ultimately and tragically would be their last.

Reviews for "Nirvana: The Final Chapter"