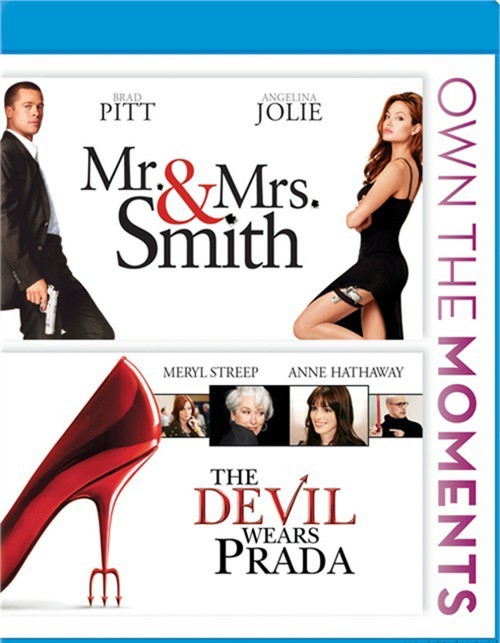 Unbeknownst to each other, semi-happily married John and Jane Smith (Brad Pitt and Angelina Jolie) work as highly paid assassins for rival organizations. But when they discover they're each other's next target, their secret lives collide in an explosive mix of wicked comedy, pent-up passion and thrilling nonstop action!

Based on the hilarious best-selling novel, this sinfully funny movie stars Oscar winner Meryl Streep as fashion magazine editor Miranda Priestly. Anne Hathaway co-stars as Andy, the young woman who lands a job "to die for" as Miranda's assistant - a job that might, in fact, be the death of Andy!