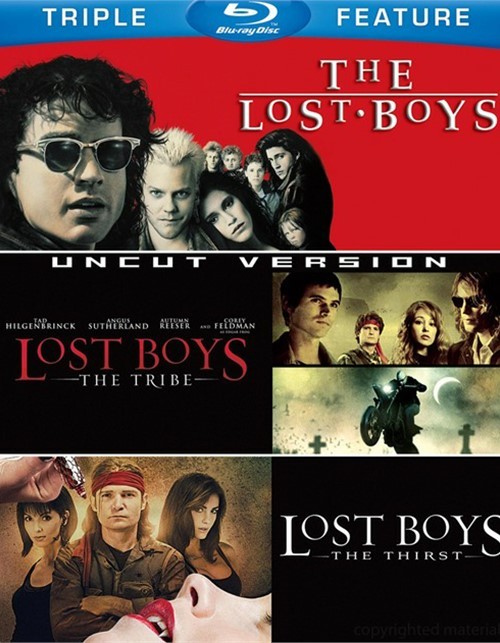 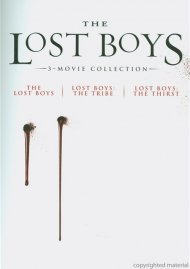 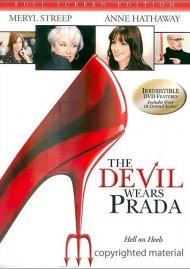 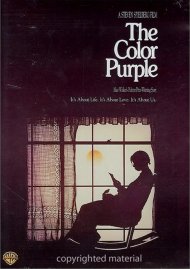 Strange events threaten an entire family when two brothers move with their divorced mother to a California town where the local teenage gang turns out to be a pack of vampires.

Lost Boys: The Tribe takes place in Luna Bay, where vampire surfers quickly dispatch anyone who crosses their path. Newcomers Chris (Tad Hilgenbrinck) and his shy sister Nicole (Autumn Reeser) soon become prey for the local surfers. When Nicole unwittingly drinks the blood of a vampire, Chris must destroy the gang's head vampire, Shane (Angus Sutherland), before his sister's transformation is complete. Featuring cameos by actors from the original film.

As the lost boys and girls of San Cazador prepare to party under the Blood Moon, an alpha vampire conspires to turn these unsuspecting ravers into an army of undead. The only thing that stands between him and the annihilation of the entire human race is the infamous vampire-fighting Frog brothers. Edgar (Corey Feldman) and Alan Frog (Jamison Newlander) join f-rces to kick some blood-sucker butt in this high-energy, action packed adventure.