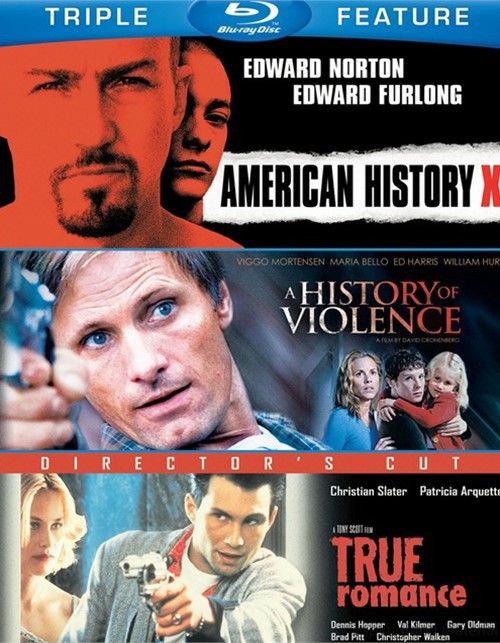 Edward Norton (Fight Club) gives an Oscar-nominated performance as a neo-Nazi gang leader who reassesses his ways while in prison and is eager to keep his younger brother (Edward Furlong) from falling victim to the cycle of violence. It's a revealing look at white-supremacist gangs and an impassioned message that hatred and bigotry can be unlearned.

A History of Violence

Likable family man and small-town diner owner Tom Stall (Viggo Mortensen) is living his life, minding his own business, when an act of heroism puts him on all the news channels, leading people to wonder: is Tom actually a stone-cold killer? Director David Cronenberg (The Fly, Eastern Promises) ramps up the tension in this fierce thriller that also stars Maria Bello, Ed Harris and William Hurt (nominated for an Academy Award for his performance).

Runaways Clarence and Alabama (Christian Slater and Patricia Arquette) play a dangerous game when they find a suitcase of mob contraband. They head for Los Angeles, where they'll sell the goods and begin a new life. But both sides of the law have other ideas. Screenwriter Quentin Tarantino (Pulp Fiction) and director Tony Scott (Top Gun) deliver a hard-edged mix of wit and action with an electrifying cast.

A History Of Violence
Commentary By Director David Cronenberg
3 Featurettes