2001: A Space Odyssey / A Clockwork Orange / The Shining (Triple Feature) 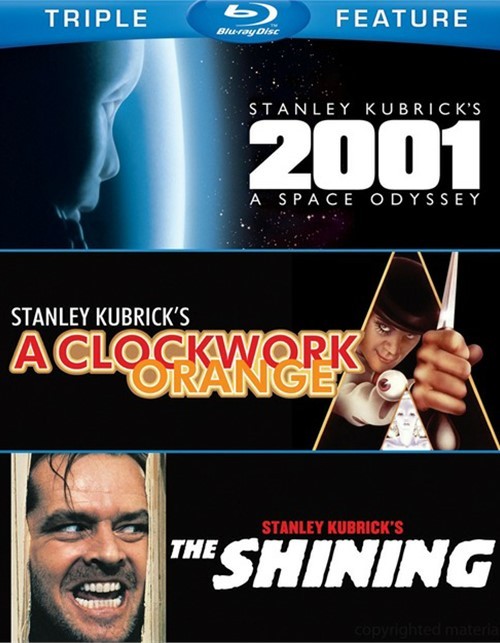 2001: A Space Odyssey / A Clockwork Orange / The Shining (Triple Feature)

Stanley Kubrick's dazzling, Academy Award-winning achievement is a compelling drama of man vs. machine, a meld of the music and motion. Kubrick (who co-wrote the screenplay with Arthur C. Clarke) first visits our prehistoric past, then leaps millennia into colonized space, and ultimately whisks astronaut Bowman (Keri Dullea) into uncharted space, perhaps even into immortality.

Stomping, stealing, tap dancing, violating. Derby-topped hooligan Alex (Malcolm McDowell) has a good time - at the tragic expense of others. His journey from amoral punk to brainwashed proper citizen and back again forms the arc of Stanley Kubrick's future-shock vision of Anthony Burgess' novel. Controversial when first released, A Clockwork Orange earned four Oscar nominations, including Best Picture. It's power still shocks and holds us in its grasp.

From a script he co-adapted from the Stephen King novel, Stanley Kubrick melds vivid performances and haunting settings into a milestone of the macabre. Jack Nicholson plays Jack Torrance, an off-season caretaker of the elegant, isolated Overlook Hotel with his wife (Shelley Duvall) and son (Danny Lloyd). Torrance has never been there before - or has he? The answer lies in a ghostly time warp of madness and murder.

2001: A Space Odyssey
Channel Four Documentary : 2001: The Making Of A Myth
4 Insightful Featurettes