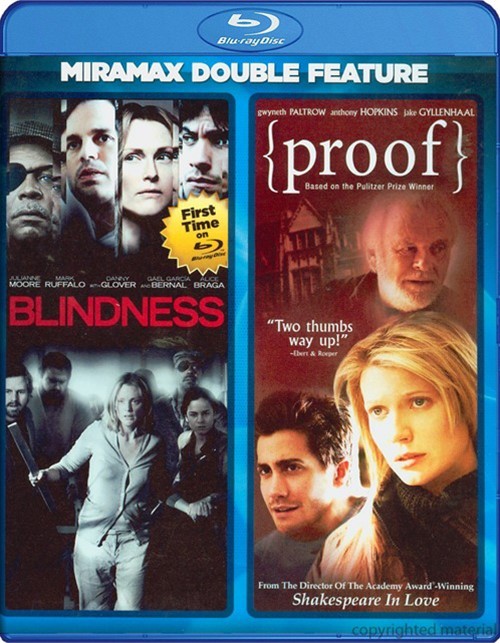 Led by a powerful all-star cast featuring Julianne Moore, Mark Ruffalo and Danny Glover, this unflinching story begins when a plague of blindness strikes and threatens all of humanity. One woman (Moore) feigns the illness to share an uncertain fate in quarantine, where society is breaking down as fast as the crumbling surroundings. Based on the novel by Nobel Prize winner Jose Saramago - let Blindness lead you on a journey where the only thing more terrifying than being blind is being the only one who can see.

From the acclaimed director of Shakespeare In Love, Gwyneth Paltrow and Anthony Hopkins star along with Hope Davis and Jake Gyllenhaal, in a powerful story of a young woman haunted by her father's past and the shadow of her own future. Catherine (Paltrow) has devoted years to caring for her brilliant but mentally unstable father, Robert (Hopkins), a mathematical genius. But when his genius slips away, he leaves behind a mystery that affects her life... and her own sanity. Based on the Pulitzer Prize-winning play.

Blindness
A Vision of Blindness