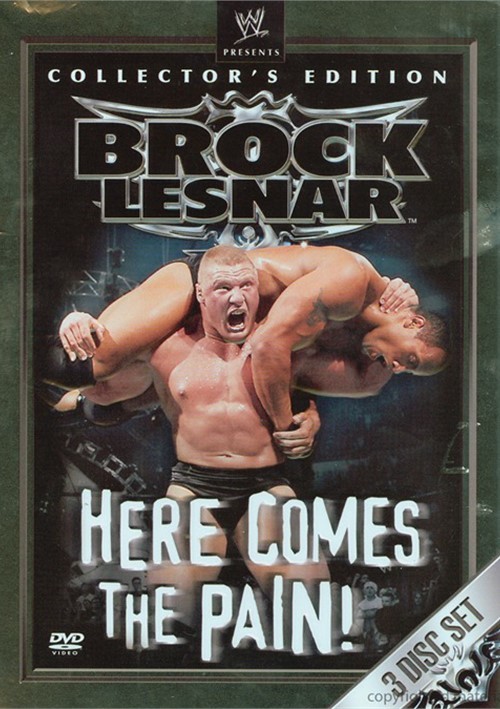 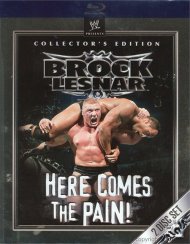 The pain is back! Eight years after hitting the WWE with F-5 fury, Brock Lesnar has returned to deliver destruction to the WWE Universe for a second time.

"Brock Lesnar: Here Comes the Pain! Collectors' Edition" features the original documentary recounting the devastation wrought by Lesnar's first run in WWE, plus an added six hours of matches against the top Superstars in the company. Also includes a never-before-seen interview with Lesnar himself discussing his shocking decision to return to WWE.