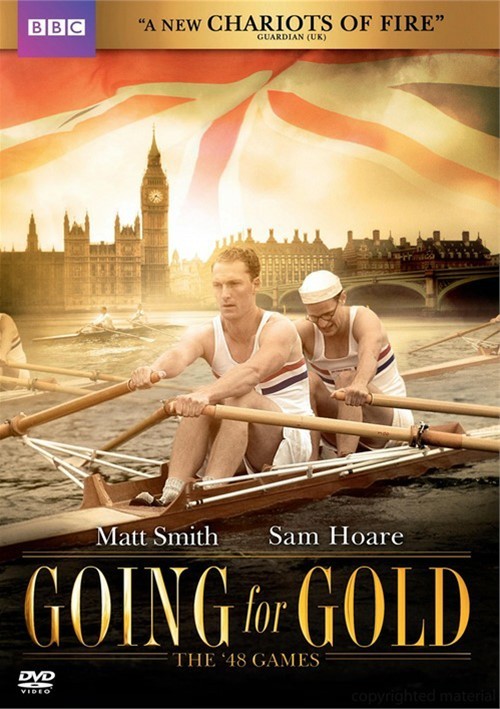 Matt Smith (Doctor Who) and Sam Hoare (Captain America) star in the powerful and uplifting story of an unlikely pair of athletes competing together against all odds in an Olympic games that almost didn't even happen.

The fact that the 1948 Olympic games took place at all was miraculous in a London that was still devastated from World War II. Going For Gold: The '48 Games follows the compelling journey to the Olympic final of boat builder's son Bert Bushnell (Smith) and Oxford-educated Richard "Dickie" Burnell (Hoare). Thrown together as double sculling partners just six weeks before the games, they had to overcome vast difference in their backgrounds to become a world class rowing team on an International Olympic stage.

With compelling supporting performances from James Frain (True Blood) and Geoffrey Palmer (As Time Goes By), Going for Gold: The 1948 Games is an inspiring tale worthy of an Olympic gold medal.