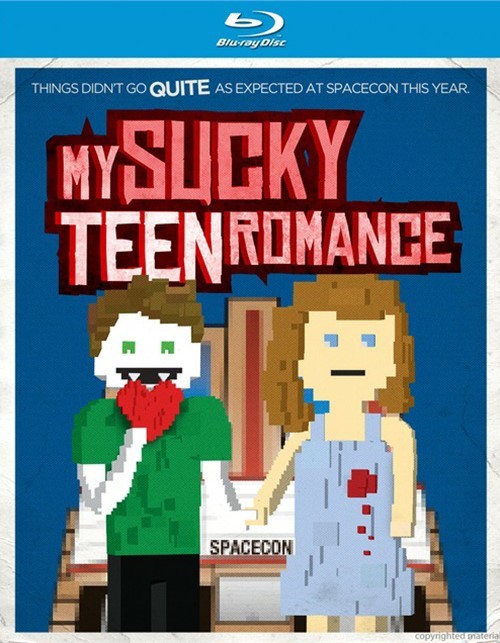 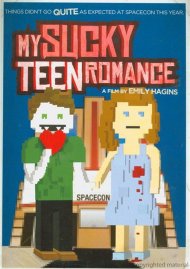 Things didn't go quite as expected at SpaceCON this year.

SpaceCON's supposed to be the most fun weekend of the year... and it was until a real-life vampire robbed the local grocery store and bit Paul and Cindy, turning them into bloodsuckers. A few extra weirdos around would normally be no biggie, but Kate and her friend were planning on using the weekend to meet guys. When Paul accidentally gives her the hickey from Hell, Kate's suddenly turned into one of the undead. Now it's up to her geeky friends to drop their loser status and kick some vampire butt, or Kate's gonna be attending permanent night school from now on! Teen writer/director Emily Hagins takes a bite out of modern pop vampires in this hilarious, bloody tale which proves once and for all that love, like, totally sucks!

Reviews for "My Sucky Teen Romance"