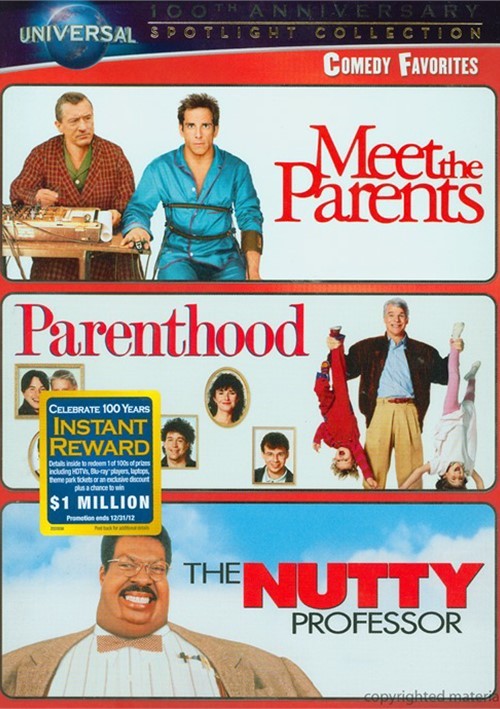 Male nurse Greg Focker's (Ben Stiller) quest for approval from his girlfriend's family gets seriously sidetracked as a hilarious string of mishaps make him an objectionable choice in the eyes of her ex-CIA father Jack (Robert De Niro).

Steve Martin leads an all-star cast in creating a hilarious, touching and unforgettable portrait of family and what it means to be a parent.

Eddie Murphy gives the "performances" of his career playing no less than seven roles in this outrageous, Jekyll-and-Hyde comedy.