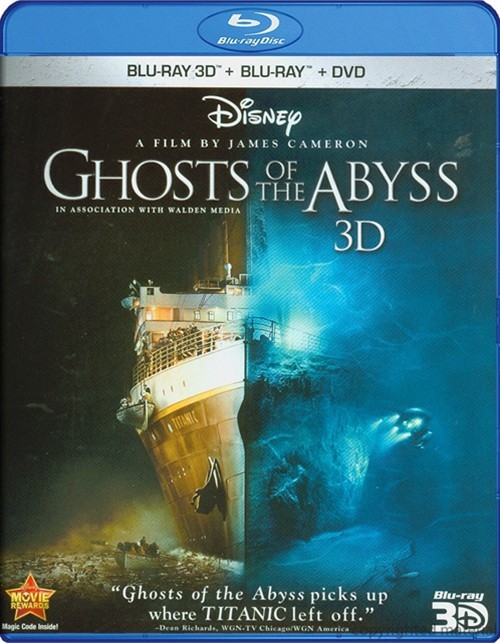 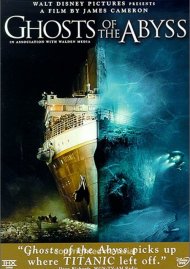 Prepare yourself for a 3D experience like no other. Disney and James Cameron, the Academy Award winning director of Titanic (1997), present the groundbreaking cinematic achievement Ghosts Of The Abyss in stunning Blu-ray 3D. Joined by Bill Paxton (Titanic) and a team of the world's foremost historical and marine experts, Cameron journeys back to the site of his greatest inspiration - the legendary wreck of the Titanic. During the voyage, you will encounter mysterious that have remained hidden for a century as you peer deep into the haunting remains of the once-great ship.

Loaded with bonus footage, revealing interviews and eye-popping Blu-ray 3D, this unprecedented motion picture event is a must-own companion for anyone who loves Titanic.

Reflections From The Deep

Reviews for "Ghosts Of The Abyss 3D (3D Blu"