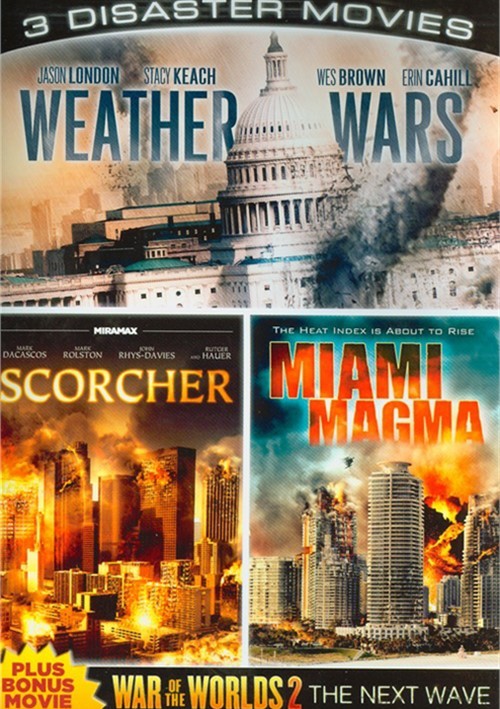 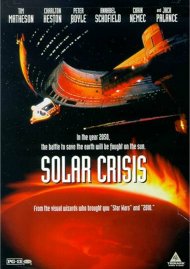 Marcus, a once-prestigious scientist, has discovered a way to manipulate the climate. As his enemies all begin to die of sudden, weather-related "accidents," Marcus's estranged sons must team up to outsmart their father, survive the disasters unleashed upon them, and save the planet from devastation.

In the wake of a horrible nuclear accident, devastating natural disasters abound as the Earth's massive tectonic plates violently shift. To stop the earthquakes the volcanic eruptions that are leading up to an inevitable doomsday catastrophe, scientists decide that a nuclear bomb must be detonated in Los Angeles. From there, the fate of the world and the safety of its inhabitants rest with an elite team that must pull off this do-or-die race against time.

After an offshore-drilling rig in the Gulf bursts into flames and sinks, a beautiful and insightful volcanologist investigates the area. But what she discovers is deadly. The dangerous deep-sea drilling has awakened a long-dormant underground volcano that will pump out catastrophic amounts of magma - with the point of maximum impact sitting right under the city of Miami.

Bonus Movie:
War Of The Worlds 2: The Next Wave
It's been two years since alien walker destroyed the planet. Survivors have banded together for protection - and to prepare for the inevitable: another attack. When the walkers return to destroy what's left of humanity, this time, mankind will unite in one last stand!