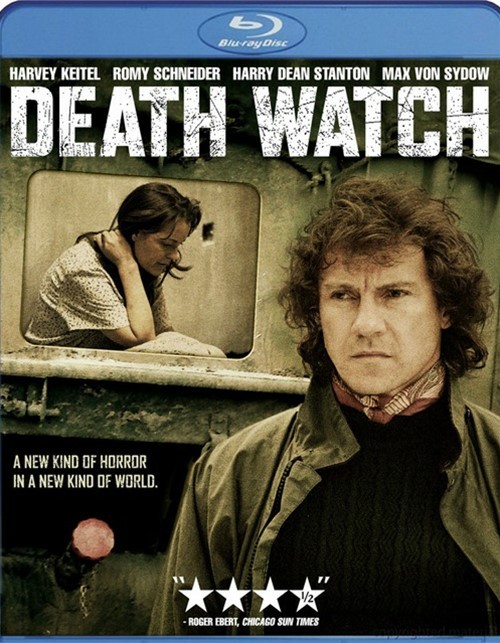 A highly acclaimed film from 1980, Death Watch was directed by the great French director Bertrand Tavernier (Coup De Torchon, Life and Nothing But, Capitaine Conan) and filmed on location in Glasgow, Scotland.

The story is part human drama and part futuristic cautionary tale and focuses primarily on two people: terminally ill Katherine (Romy Schneider, What's New Pussycat, Ludwig) and Roddy (Harvey Keitel, The Duellists, Bad Lieutenant, Reservoir Dogs), who, after having a camera implanted into his brain, is hired by the producer of the TV series Death Watch to film a documentary of Katherine without her knowledge. Both deeply moving and fascinating look at society in decay, this is a must-see film, and one made even more poignant knowing that star Romy Schneider herself died tragically only two years later at the age of 44.