Dan Vs.: The Complete First Season 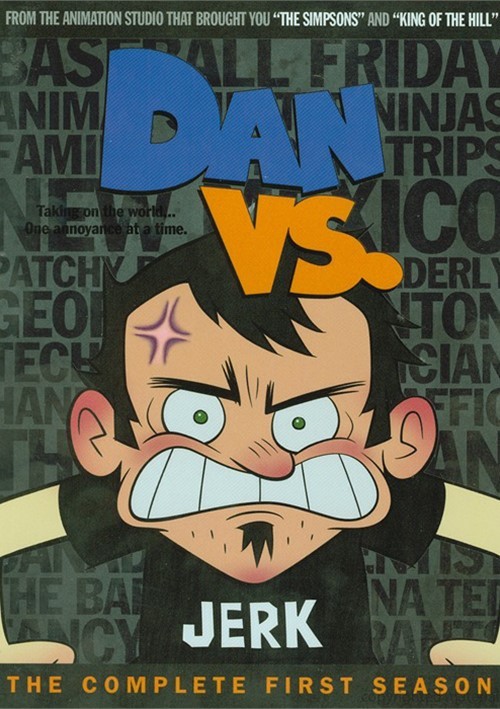 Dan Vs.: The Complete First Season

Dan thinks the whole world is out to get him, and he may be right. From his cruddy apartment at the Casa Paradisio, Dan - along with his pushover best friend Chris and Chris' hot genius wife Elise - will plot his elaborate personal vendettas against enemies that include the dentist, ninjas, Canada, baseball, Ye Olde Shakespeare Dinner Theatre and the entire state of New Mexico. The voices of Curtis Armstrong (Revenge of the Nerds), Dave Foley (The Kids In The Hall, NewsRadio) and Paget Brewster (Criminal Minds) star in this Hub hit, featuring guest voice appearance by Michael Gross & Meredith Baxter (Family Ties), Tom Kenny (SpongeBob SquarePants, Mark Hamill (Star Wars) and more.

Reviews for "Dan Vs.: The Complete First Se"