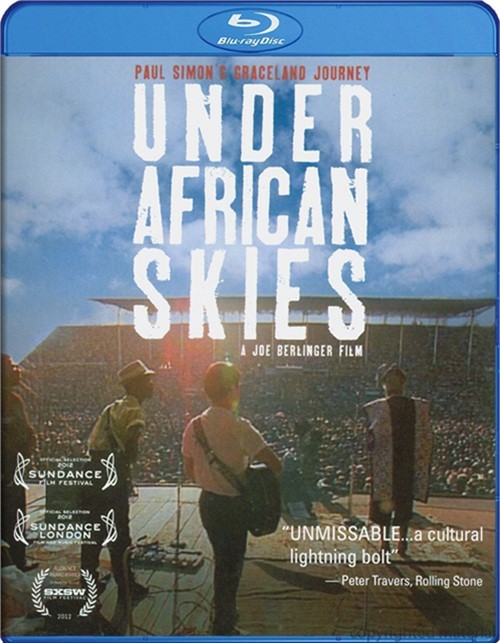 Under African Skies tells the story behind the incredible journey, history and evolution of Paul Simon's Graceland and explore the cultural and political climate of South Africa 25 years ago. The film follows Simon as he returns once again to South Africa, and remembers and reconnects with the people, places and music that inspired him many years ago. With the compelling perceptions of anti-apartheid activists and music legends such as Quincy Jones, Harry Belafonte, Sir Paul McCartney, and David Byrne, Under African Skies is both a buoyant chronicle of unparalleled artistic achievement and an profound rumination on the role of the artist in society.