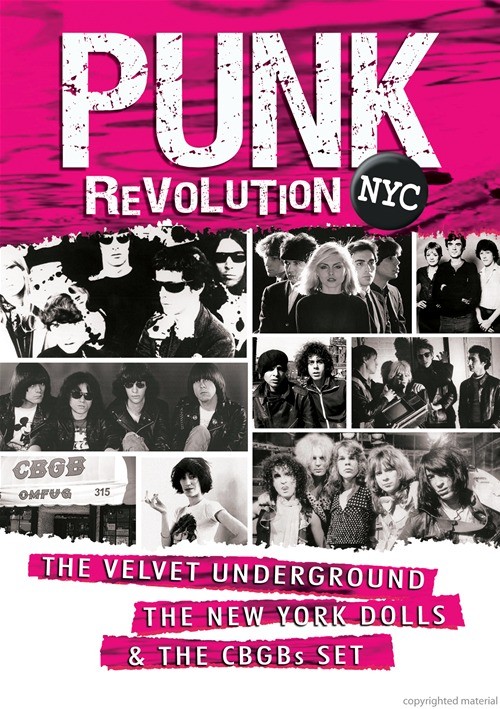 The Velvet Underground, The New York Dolls & The CBGBs Set

When, in 1964, an in-house songwriter for the Pickwick label was introduced to the Welsh viola player form avant-garde composer La Monte Young's group, few predicted the profound effect this coming together would have on the development of global rock music. But before the year was out this unlikely couple had formed a band, hooked up with Pop-Art supremo Andy Warhol and, 12 months on, composed and were recording a collection of songs that many believe 'started it all.'

It was later claimed that The Velvet Underground and Nico - for this is the record in question - only sold 5,000 copies upon its release, but everyone who bought it went out and formed a band. Certainly David Johansen, Richard Hell, Tom Verlain, Alan Vega, Wayne County, most of the Ramones, half of Blondie, Patti Smith and David Byrne did just that - the rest, as they say, is history.

This documentary film, clocking in at over 3 hours, traces the entire history of New York's punk movement; the VU years, the Warhol influence, the Dolls reign, and the handover of power to the bands who, despite their differences in sound, shared the sensibilities and attitude introduced to the city's musical landscape by Warhol and the Velvets a decade before. These were the groups and musicians who claimed the lower east side of the city as their playground and the former bluegrass club CBGBs as their HQ.

With the aid of performance footage, rare archive, exclusive interviews and some of the most exciting music ever recorded, this program offers a visual experience of these events second only to having lived through them.