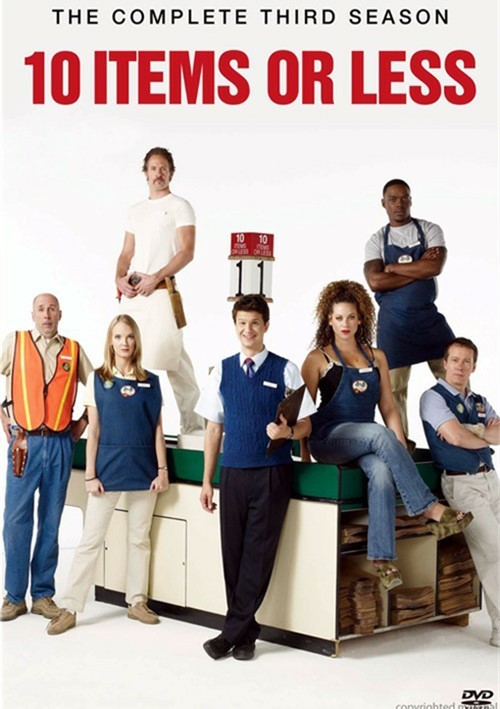 In Season 3, Leslie Pool (John Lehr) faces his biggest challenge yet in Mercy Jones, a tough SuperValueMart manager who has come from New York City under orders to drive Greens & Grains out of business forever. Determined to confront the threats posed by Mercy, Leslie enlists his staff in everything from a knock-off Star Trek convention and a new laser eye surgery center to going "green" in honor of his newly discovered Native American heritage and producing his own CD to save his 150-year-old family business. The final season of this hilarious comedy also stars Christopher Liam Moore, Bob Clendenin, Greg Davis Jr., Chris Payne Gilbert, Kirsten Gronfield, Roberta Valderrama, Jennifer Elise Cox and Kim Coles.

"10 Items Or Less" SeriesView All 2 Titles in the Series > 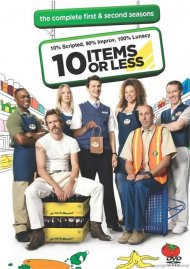 10 Items Or Less: The Complete First And Second Seasons

Review "10 Items Or Less: The Complete"

Reviews for "10 Items Or Less: The Complete"