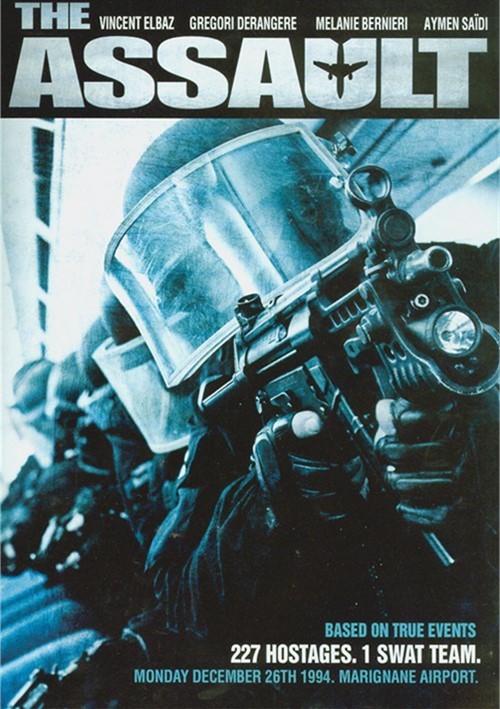 When four heavily armed Islamic terrorists hijack a Paris-bound Air France flight on the runway, intent on flying into the Eiffel Tower, 227 innocent lives hang in the balance. Their only chance of rescue is a determined SWAT team, called on to break the standoff and storm the plane. Based on true events, The Assault captures the violent and claustrophobic tension onboard events as it builds to the film's thrilling climax.

Reviews for "Assault, The"