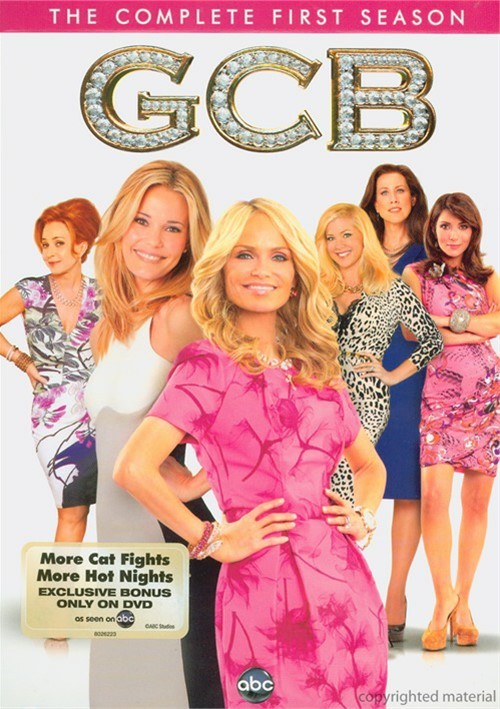 From Darren Star, creator of Sex And The City and Robert Harling, writer of Steel Magnolias, comes a deliciously fun, wicked new drama that shows you can go home again... but only if you're ready to face the sins of your past. Indulge yourself in the guilty pleasures of GCB: The Complete First Season.

Back in high school, original mean girl Amanda Vaughn (Leslie Bibb) mercilessly tormented her less attractive classmates. Twenty years later, after her hubby is busted for a Ponzi scheme - and meets his maker in a particularly scandalous way - a disgraced Amanda is back in Dallas to start life anew under her mother's (Annie Potts) palatial roof. But will the good women of her hometown welcome her with open arms or dole out some kick-ass karmic payback? Let's just say, hell hath no fury like cosmetically enhanced, resident church diva and scripture scholar Carlene Cockburn (Kristen Chenoweth)!

Relive all 10 episodes of GCB, including "sin-tillating," never-before-seen bonus features, in this divinely decadent boxed set.

Bigger In Texas - Learn What It Takes To Transform The Actors Into Genuine-Looking and Sounding Citizen of the Lone Star State
Living Large - Explore the Real-Life Inspirations for the Show's Authentic Texas Look and Feel
Preaching To The Choir - Producers and Cast Sing the Praises of the Music in the Show
GCB: Most Likely To... - Discover Who Wins The One Most Likely To... In The GCB High School Year Book
Audio Commentaries
Bloopers
Deleted and Extended Scenes