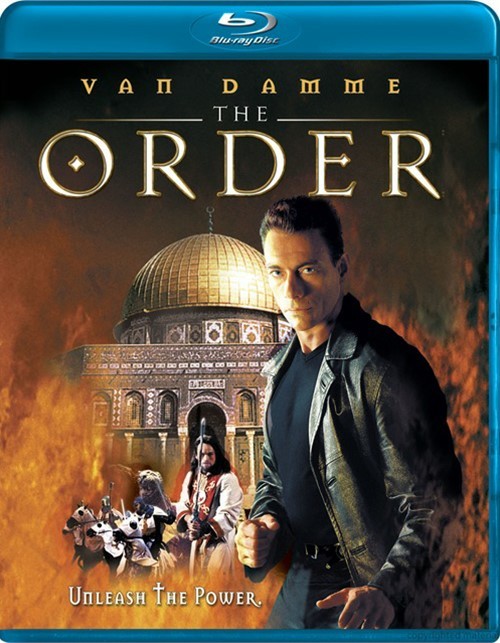 Action superstar Jean-Claude Van Damme (Nowhere to Run, Universal Soldier) is back in The Order, a fast-paced, high-octane thriller set in the Middle East. From the director of Double Impact and featuring screen legend Charlton Heston (Planet of the Apes, Any Given Sunday), Ben Cross (First Knight, Chariots of Fire), and sexy newcomer Sofia Milos, The Order is an exciting adventure packed with extreme fight choreography, exotic locations, and non-stop action.

Journey to a turbulent world under siege as reformed artifact smuggler Rudy (Van Damme) travels to Jerusalem to rescue his museum-curator father, who's been kidnapped by ruthless fanatics. There he recovers a sacred cross believed to hold dangerous secrets of an underground sect. Framed for murder by a scheming police chief (Cross), Rudy enlists the aid of a mysterious beauty (Milos) to clear his name and wages a one-man battle to recapture the prized manuscript before the ultimate Holy War breaks out and all hell breaks loose!

Reviews for "Order, The"