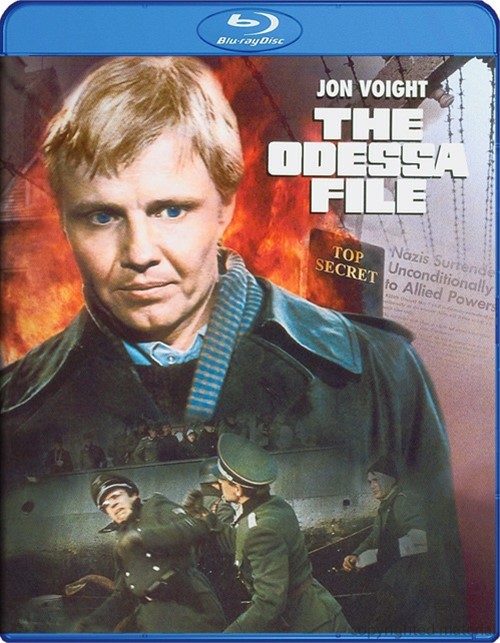 The year is 1963. The place: Hamburg, Germany. An elderly Jewish man commits suicide, leaving a diary which falls into the hands of a freelance newspaperman, Peter Miller (Jon Voight). The diary documents the unspeakable crimes of cruelty, and mass murder perpetrated by SS Captain Eduard Roschmann (Maximilian Schell), commandant of the notorious wartime deathcamp at Riga, Latvia. Miller launches a personal manhunt to track down Roschmann, an investigation that leads him into the very heart of Odessa, a powerful secret organization formed by the SS to protect and re-establish its fugitive members throughout the world. When Miller finds Roschmann, he learns that the former Nazi is now the leader of a weaponry complex of international, strategic consequence.

Reviews for "Odessa File, The"