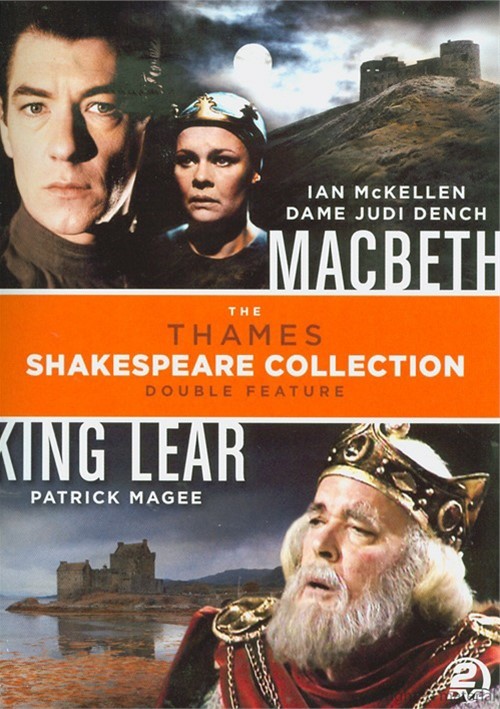 Two of William Shakespeare's ageless tales of suspense and treachery are joined together to create this ultimate cloak and dagger combo featuring award-winning actors and acclaimed directors.

When a trio of witches prophesize Macbeth's (Ian McKellen) ascension to the throne, Lady Macbeth (Judi Dench) pushes her husband into a murderous sprees. But once crowned king of Scotland, Macbeth sees ghastly visions, fueled by guilt and a new prophecy, that ensure his ultimate downfall. This classic production is directed by three-time Tony Award winner Trevor Nunn and also features the unsurpassed talent to Ian McKellen, Oscar winner Judi Dench, and The Royal Shakespeare Company.

When King Lear renounces his throne to divide his kingdom among his daughters, treachery, madness, and murder follow. Battle lines are drawn an backs are stabbed as King Lear rages against the fearsome storm that was his own doing. This compelling production remains the truest example of how William Shakespeare's King Lear is to be performed; starring Patrick Magee (A Clockwork Orange) and other mainstays of stage and television, this film is a true gem.