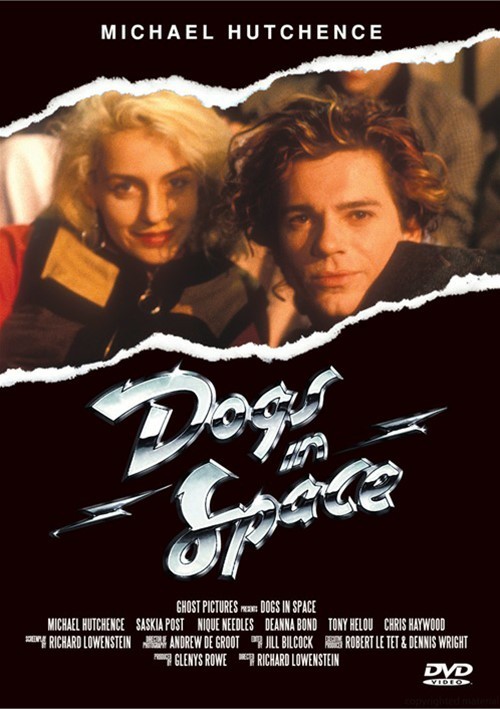 radicals fill their days and nights with sex, drugs and parties. A series of

chaotic vignettes are balanced with the central romance between Sam

(Michael Hutchence), the lead singer of the band, Dogs in Space and his lover

Anna (Saskia Post) as the house spirals out of control. Hutchence (of INXS

fame) is a brilliant symbol of reckless youth in this, his first dramatic screen

role, giving Dogs in Space instant cult status upon its original release in 1986.

Unscreened for over twenty years, this classic film has been painstakingly

restored from the original negative and remixed in 5.1 digital sound.

We're Livin' On Dog Food - Documentary About The Melbourne Punk Music Scene Of The '70s
The Making Of Dogs In Space - Behind The Scenes Documentary On The Making Of The Feature
Punkline - Short Film
Original Theatrical Trailer
Revised Trailer
Music Videos: "Leap For Lunch," "Room For The Memory"
Audio Commentary By Richard Lowenstein and Ollie Olsen
Audio Commentary By Richard Lowenstein and Andrew de Grott

Reviews for "Dogs In Space"