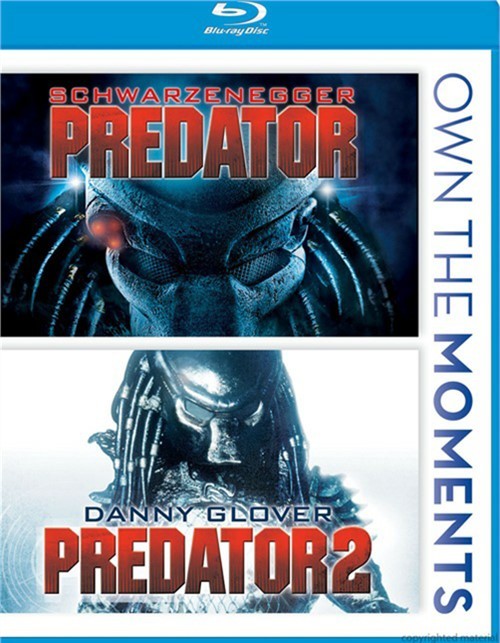 Deep in the jungle, several bodies have been discovered skinned and hanging from trees - although who or what could have done this is a mystery. Military covert specialist Dutch (Arnold Schwarzenegger) and his team are called in to eliminate the threat, but once in the heart of the menacing jungle, they discover something far worse than they could ever have imagined - the Predator 0 an alien which has come to Earth with cloaking technology, extensive combat skills and a desire to hunt humans for sport.

In the urban jungle of Los Angeles, detective-lieutenant Mike Harrigan's (Danny Glover) police f-rce is at war with drug lords and gangs. But just as Harrigan admits he's losing the fight, one by one, gang lords are killed by a mysterious, fierce adversary with almost supernatural powers - the Predator. Before long, the vicious creature beings to hunt the hunters - Harrigan's men. Now Harrigan doesn't just want to bring the creature in - he wants to bring it down in director Stephen Hopkins' action-packed sequel!