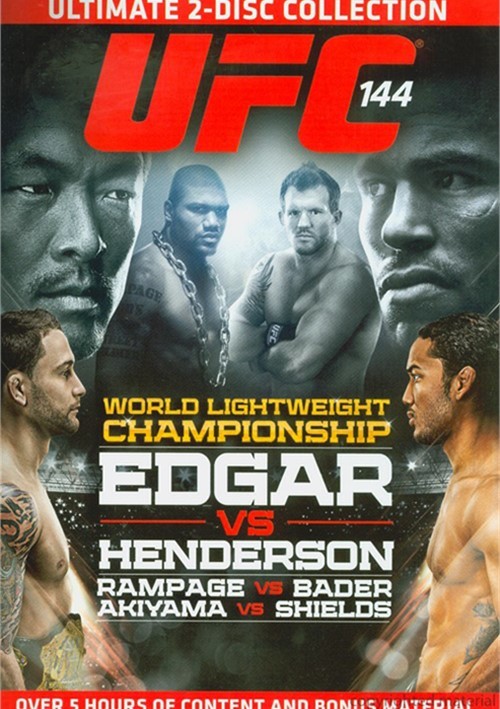 For the first time in more than 11 years, the Ultimate Fighting Championship returned to Japan for UFC 144. What resulted was one of the most exciting nights of mixed martial arts ever seen in the Land of the Rising Sun. In the main event, Frankie Edgar looked to successfully defend his lightweight title for the fourth time in an epic five-round battle against former WEC champion Benson Henderson. Plus, Quinton "Rampage" Jackson faced off against former The Ultimate Fighter winner Ryan Bader, and Anthony "Showtime" Pettis met up with fellow lightweight finisher Joe Lauzon.