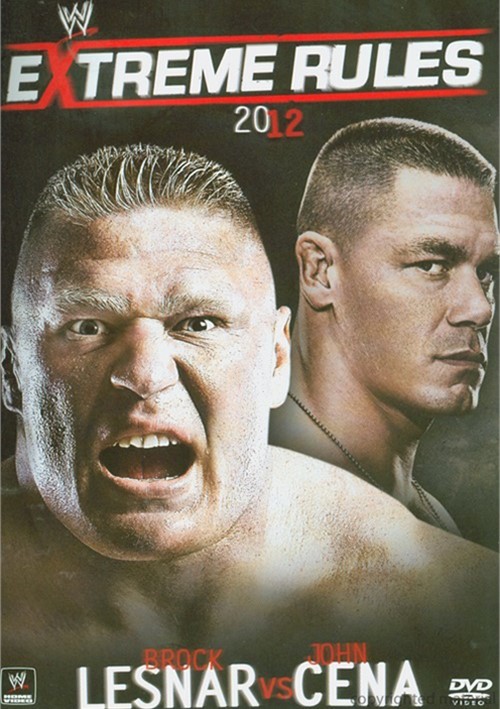 After eight years away from WWE, one of the most destructive f-rces in history, Brock Lesnar, has re-emerged to bring the pain to hustle, loyalty & respect - but John Cena refuses to be intimidated. Anything goes when the two wage an all-out brawl to prove who is the true "Face of WWE." Plus, Chicago's own CM Punk returns home to defend the WWE Championship and his family's honor against Chris Jericho in a deeply personal Chicago Street Fight. And Daniel Bryan gets a chance to avenge his record-setting loss at WrestleMania when he faces the "Great White" Sheamus in a grueling 2 out of 3 Falls Match! It's time to toss out the rule book as WWE presents Extreme Rules!

2 out of 3 Falls Match for the World Heavyweight Championship

Tables Match for the Intercontinental Championship