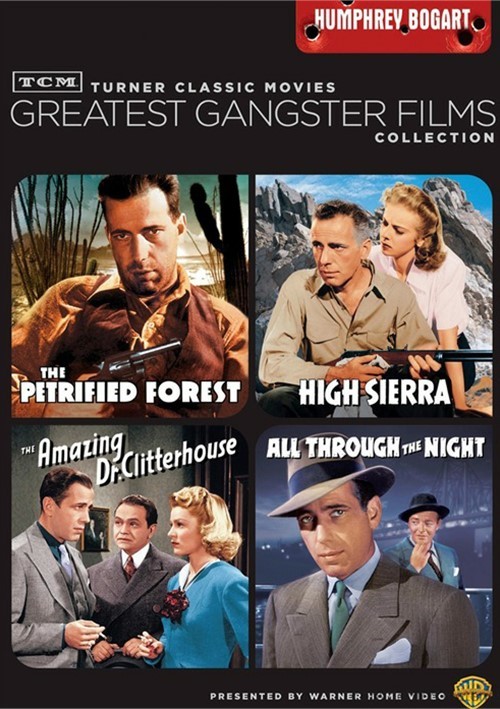 Bogart's breakout role! A rundown diner baking in the Arizona desert heat marks the spot where a fugitive killer (Bogart) sweats out a manhunt, holding a disillusioned writer (Leslie Howard), a dreamy waitress (Bette Davis) and others hostage.

This heist-gone-wrong movie stars Bogart as Prohibition0era gangster Roy Earle, who's walked would of prison into an unfamiliar world: the jitterbugging '40s. Directed with gritty intensity by Raoul Walsh, High Sierra marked a transition from gangster films to film noir.

All Through The Night

Get off his turf! Broadway smoothie Bogart becomes a hero in spite of himself when his hunt for the killer of his favorite cheesecake vendor leads to Nazi spies. Damon Runyon-style fun!