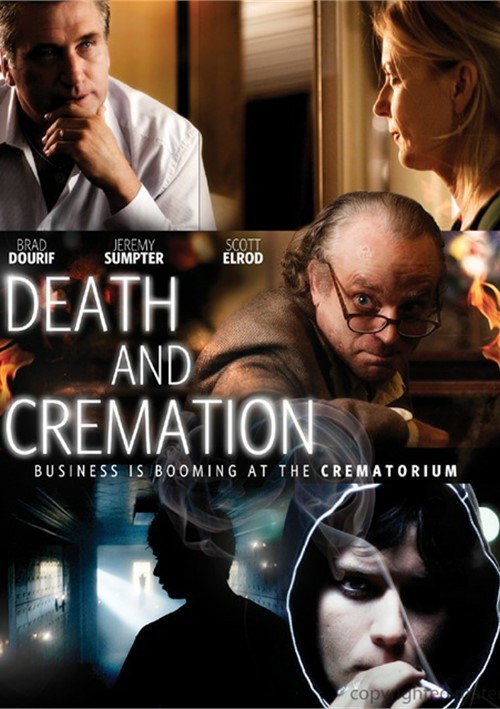 Business is booming at the crematorium

Stan (Brad Dourif, the Halloween films, HBO's Deadwood the voice of Chucky, The Lord Of The Rings films, One Flew Over The Cuckoo's Nest) is a 59-year-old recluse who offers cremation services from the basement of his funeral home. . . though he doesn't seem much interested in promoting his business. In fact, he's a deranged sociopath who eliminates anyone he perceives to be a bully.

When Stan takes the beleaguered teen under his wing, they soon develop a demented friendship. But the neophyte makes mistakes and - as detective Fairchild (Scott Elrod, Escapee, The Switch, Hellhounds) struggles to pull together clues from local disappearances - Stan must decide if protecting his newfound protÃ©gÃ© is worth killing for. . .

Reviews for "Death And Cremation"