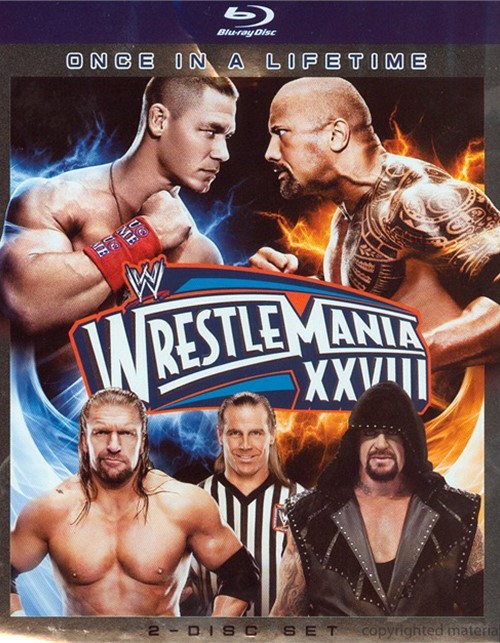 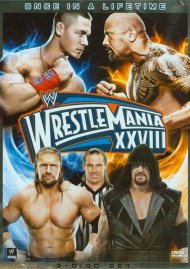 Once in a lifetime: The two biggest WWI Superstars of their generation, The Rock and John Cena, collide in the most anticipated match in WWE history, an epic confrontation with will forever define the legacies of these two icons. Plus, in the match that will end an era, Undertaker puts his legendary WrestleMania streak on the line against Triple H in the nightmarish prison they immortalized, Hell In A Cell, with Shawn Michaels as special guest referee. Also, WWE Champion CM Punk faces off against Chris Jericho in the explosive clash of revolutionaries to determine which man truly is "The Best In The World." And Daniel Bryan defends his title against the 2012 Royal Rumble winner, the ruthless Sheamus, who'll fight to try and claim his first World Heavyweight Championship. Witness the extraordinary as WWE takes over Sun Life Stadium in Miami, Florida for WrestleMania XXVIII.

The Rock vs. John Cena

End Of An Era Hell In a Cell Match

2012 WWE Hall Of Fame Induction Ceremony With New Inductees Edge, Mike Tyson, The Four Horsemen, Yokozuna, Ron Simmons, and Mil Mascaras
Pre-WrestleMania Triple Threat Match For the WWE Tag Team Championship
WrestleMania XXVIII Press Conference
the History Leading Up To the Undertaker And Triple H Ending An Era Inside Hell In a Cell
Recounting The Road To WrestleMania: Undertaker's Challenge To Triple H
The War Of Words Between CM Punk and Chris Jericho
The Rock and John Cena's Once In a Lifetime Encounter