Summer With Monika: The Criterion Collection 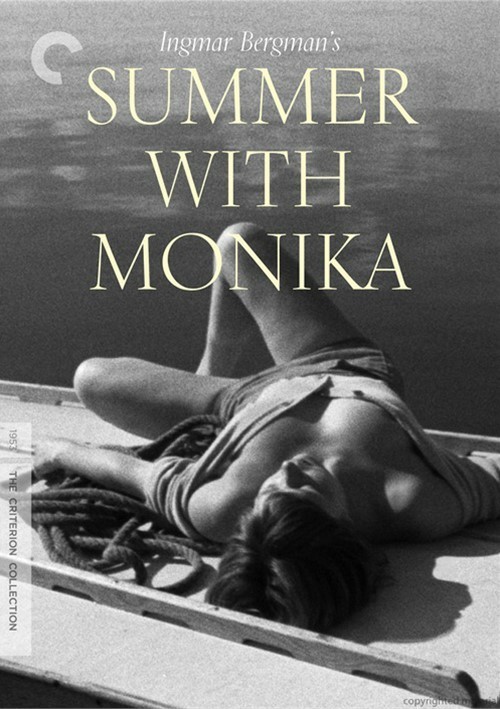 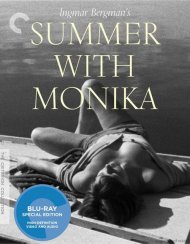 Summer With Monika: The Criterion Collection

Inspired by the earthy eroticism of his muse Harriet Andersson, in the first

of her many roles for him, Ingmar Bergman had a major international breakthrough

with this ravaging, sensual tale of young love. In Stockholm, a girl (Andersson) and boy (Lars Ekborg) from working-class families run away from home to spend a secluded, romantic summer

at the beach, far from parents and responsibilities. Inevitably, it is not long before the pair is f-rced to

return to reality. The version originally released in the U.S. was reedited by its distributor into something

more salacious, but the original Summer With Monika, as presented here, is a work of stunning maturity

and one of Bergman's most important films.

Introduction By Director Ingmar Bergman
New Interview With Actress Harriet Andersson, Conducted By Film Scholar Peter Cowie
New Interview With Film Scholar Eric Schaefer About Kroger Babb And His Distribution Of Monika, The Story Of A Bad Girl! As An Exploitation Film
Images From The Playground, A Half-Hour Documentary By Stig Bjorkman Featuring Behind-The-Scenes Footage Shot By Bergman, Archival Audio Interviews With Bergman, And New Interviews With Actress Bibi Andersson and Harriet Andersson
Trailer
Booklet Featuring An Essay By Film Scholar Laura Hubner, A 1958 Review By Filmmaker Jean-Luc Godard, And A Publicity Piece From 1953 In Which Bergman Interviews Himself

Review "Summer With Monika: The Criter"

Reviews for "Summer With Monika: The Criter"