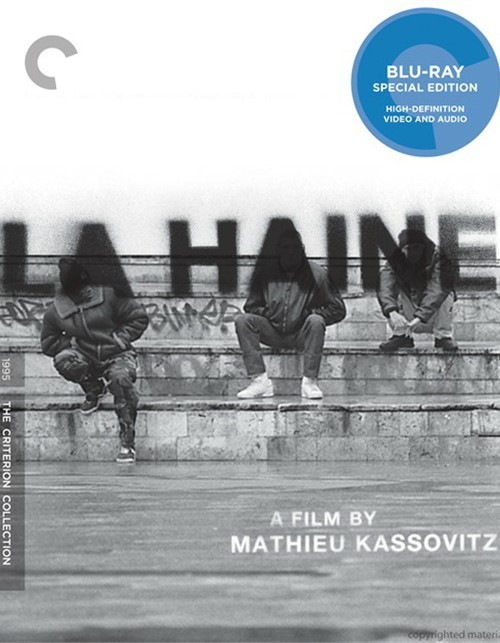 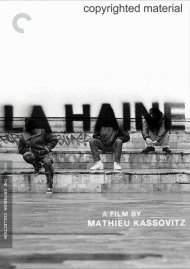 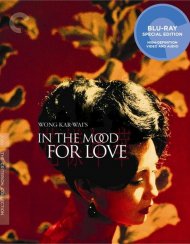 In The Mood For Love: The Criterion Collection

Mathieu Kassovitz took the film world by storm with La Haine, a

specifically the low-income banlieue on Paris's outskirts. Aimlessly passing their days in the concrete

human faces to France's immigrant populations, their bristling resentment at their marginalization slowly simmering until it reaches a climactic boiling point. A work of tough beauty, La Haine is a landmark of contemporary French cinema and a gripping reflection of its country's ongoing identity crisis.

Audio Commentary By Kassovitz
Introduction By Actor Jodie Foster
Ten Years of La Haine - A Documentary That Brings Together Cast And crew A Decade After The Film's Landmark Release
Featurette On The Film's Banlieue Setting
Production Footage
Deleted And Extended Scenes, Each With An Afterword By Kassovitz
Gallery of Behind The Scenes Photos
Trailers
Booklet Featuring An Essay By Film Scholar Ginette Vincendeau and a 2006 Apprecitation By Filmmaker Costa-Gavras