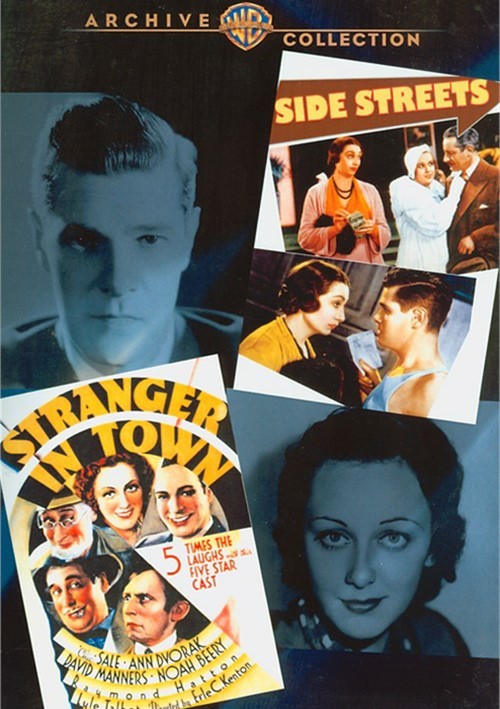 Hard times - some romantic, some financial - are the focus of two films made in the depths of the Depression. Aline MacMahon's (Dragon Seed, All the Way Home) expressive face reflects the joys and sorrows of devotion in Side Streets, the tale of a shopkeeper (MacMahon) who marries an easygoing sailor (Paul Kelly) for love. But he's marrying for a meal ticket. Stranger In Town stars Charles "Chic" Sale, the vaudeville comic renowned for playing cantankerous old-timers decades his senior. Here, he's small-town coot Ulysses Crickle, whose tiny grocery faces ruin when a national chain opens a store right across the street. Look out, corporate fat cats: you don't know what competition is until you take on Ulysses Crickle!

Review "Side Streets / Stranger In Tow"

Reviews for "Side Streets / Stranger In Tow"