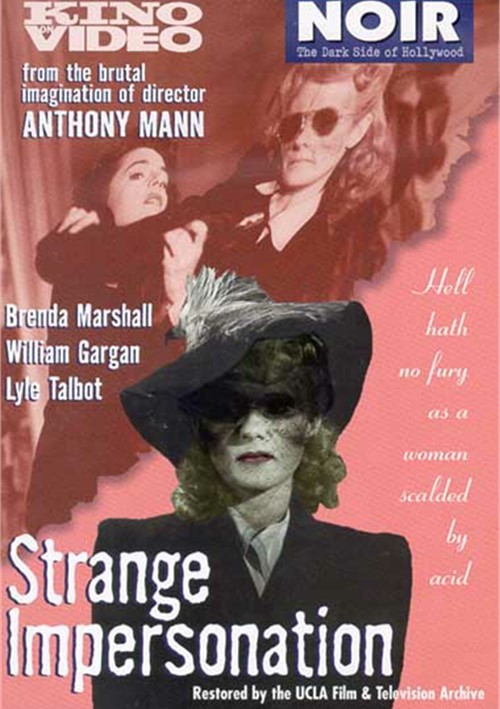 Hell Hath No Fury As A Woman Scalded By Acid

Brenda Marshall stars as Nora Goodrich, a single-minded scientist who spurns marriage for the sake of her pioneering work with anesthetics. When her jealous lab partner (Hillary Brooke) sabotages an experiment, Nora's face is badly scarred and - through a twist of fate - she swaps identities with a devious blackmailer (Ruth Ford), letting the world believe she is dead. Under the guise of Jane Karaski, Nora has her face surgically altered, establishes a new career and works her way back into the lives of her former enemies and lovers, where she can carry out her carefully plotted revenge.

On the surface, Strange Impersonation resembles an ordinary B Movie. But beneath its melodramatic exterior are all the dark ironies, violent outbursts and dynamic visuals that would become the trademark of director Anthony Mann, perhaps the most influential director of American film noir.