This Side Of The Law 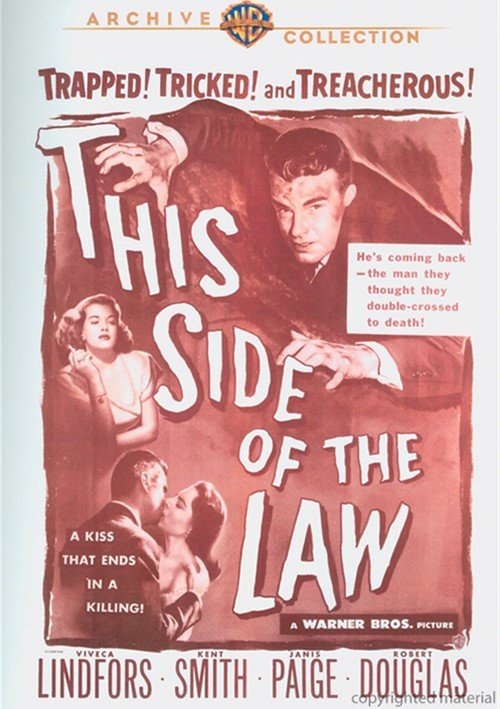 This Side Of The Law

The Taylor family has long awaited this moment. The final bequest of Malcolm Taylor, a millionaire missing nearly seven years and about to be declared dead, will go into effect and his heirs will own his Sans Souci estate. But - just like that - dreams of wealth and power slip from everyone's grasp. There, standing inside Sans Souci and very alive, is Malcolm. Kent Smith (Cat People) portrays a hard-luck vagrant and Malcolm look-alike manipulated by a shady attorney (Robert Douglas) into posing as the millionaire. Will anyone see through the ruse - the wife (Viveca Lindfors) who detested Malcolm, the brother (John Alvin), the secret lover (Janis Paige)? Mystery and murder darken the film noir doorstep in This Side Of The Law.

Review "This Side Of The Law"

Reviews for "This Side Of The Law"