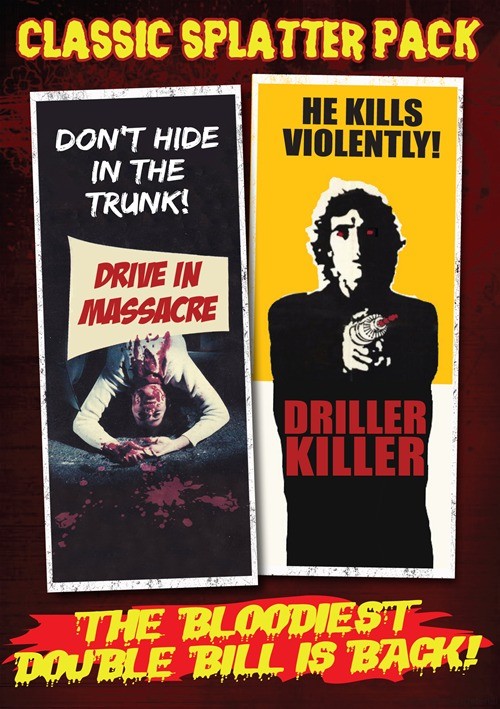 The original gore drenched double feature - together again and splattered on your screen!

One of the original splatter films, and a slimy standard of drive-in theaters and early home video, The Drive-In Massacre is a grimy gem from a long gone movie tradition. In suburban California, a serial killer uses a samurai sword to slice and dice young couples at a local drive-in theater while they get hot and heavy in their cars. It's up to the local bumbling cops to stop this killer in time, as teenagers are torn apart while in the throes of passion.

The world's first "Splatter Punk" movie, The Driller Killer is a dark and dreary experiment in no wave New York cinema that found its place on home video in the 1980s. Reno Miller is a starving artist who is struggling with everything in his life, including the nightly urge to bury his power drill deep inside the local homeless residents. While his personal life spirals out of control, Reno finds that he is quite successful as a serial killer while his drill tears through more skin and more skulls!